A cognates is a words that is related in origin to another word, such as the English word brother and the German word bruder or the English word history and the Spanish word historia. The words were derived from the same source; thus, they are cognates (like cousins tracing their ancestry). Because they come from the same origin, cognates have similar meanings and often similar spellings in two different languages.

“Cognates are often derived from Romance languages (French, Spanish, Italian) that have their origins in Latin, although some are derived from other language families (e.g., Germanic),” noted Patricia F. Vadasy and J. Ron Nelson in their book “Vocabulary Instruction for Struggling Students” (Guilford Press, 2012). 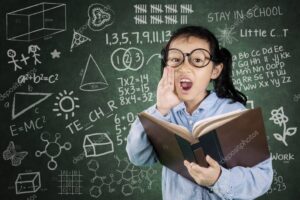 If two words in the same language are derived from the same origin, they’re called doublets; likewise, three are triplets. A doublet may have come into English from two different languages. For example, the words fragile and frail both came from the Latin word fragilis. Frail came into English from French into Old English and stayed on through Middle and now Modern English, and the word fragile was borrowed directly from Latin instead of going through French first.

The Romance languages have so much in common etymologically because the Roman Empire brought Latin to those regions. Of course, regional dialects were already established in present-day Spain, Portugal, France, Luxembourg, Belgium, Switzerland, and Italy, but because of the relative stability of the empire, Latin influenced vocabulary throughout these regions for a long period, especially in the sciences and law.

Following the collapse of the Roman Empire, Latin was still in use in various forms and continued to move into areas where the empire hadn’t been, such as Slavic and Germanic regions. It was useful as a universal language for people from different regions to be able to communicate.

Christian missionaries brought the Roman alphabet to present-day Britain during the first millennium of the common era, and Latin remained in use in the Catholic church even as the Middle Ages evolved into the Renaissance.

When the Normans conquered England in 1066, Latin words and roots came into English via Old French. Some English words also came from Latin itself, thus creating doublets, two words with the same origin in the same language. The cognates would be the French words and the English words derived from them and the Latin originals. The derived words are all related to a common ancestor.

When you read aloud to your students, ask the Spanish speakers to raise their hand when they think they hear a cognate. Stop reading and discuss that cognate. Point out the subtle differences you hear between the Spanish and English words. If you have a French, Italian, or Portuguese speaker in your class, invite them to contribute cognates in that language. 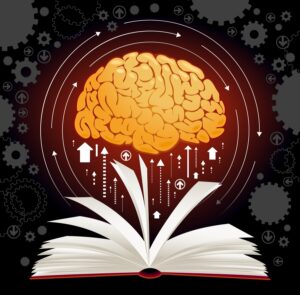 As ELLs read their texts, ask them to find three or four cognates and write them on sticky pads. Collect those notes and put them on an OUR COGNATES laminated chart. Before the class ends, read or have students read them to the class. Discuss spellings or sounds that are the same and different between the cognates.

Pair students and give each pair a set of cognate cards: one card has the English cognate and the other has the Spanish cognate.

Have students sort the words. Then ask them what the word pairs have in common and write responses on the board.